Our stylists are here to serve you.  A short bio is listsed for our three stylists showing their education and experience. 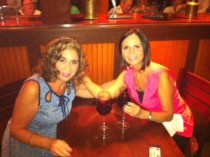 Senior Stylist:  Penny first saw lashes on a woman in Naples, Florida, and asked about them.  She found someone to do her lashes, and has been hooked ever since.

Penny has an undergraduate degree in Business from Indiana University, and a Law Degree from Loyola, in Chicago, Illinois.  She is also an accomplished business owner of several businesses, including founding Advantage Molding in 1997 which was sold to Textron in 2001.  She also started a landscape company in Lake Geneva, Wisconsin, flipped several real estate properties, founded Pets Need Love, which manufactured dog apparel, and built a $4.5 Million Dollar spec home in Lake Geneva that is now featured in Volume 4 of Lake Geneva Luxury Homes.  She went to Esthetician School at Florida Academy in Ft. Myers, Florida, and graduated Valedictorian of her class. Penny took a private class in lashes from the owner of Chicago Lashes to determine if this was something she wanted to pursue, and never looked back.  Penny was first Certified by Lavish Lashes, then received three levels of Certification from Xtreme Lashes; Level one Certificaton, Directory Certification, and in October 2013 became Certified as an Advanced Stylist. Penny also took and passed the New Xtreme Lashes class for Advanced and Volume in April 2015.  Penny has taken all of the classes Xtreme has to offer, and look forward to using these new techniques on our wonderful clients. Penny is passionate about designing and applying lash extensions, and sees it as a growth market in Naples, Florida.  Penny is in the blue dress. 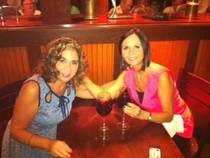 Pamela was born and raised in Indiana, and moved to Naples in 1998.  She has a Bachelor Degree in Management, and graduated from Lorenzo Walker Institute of Technology as a Licensed Esthetician in 2011.  She is also an Xtreme Stylist.  She has a passion for beauty and holds the desire to use her skill to make the clients feel beautiful and boost their confidence. Her eye for balance gives her the ability to create high definition eyelash extensions that enhance the eyes without looking artificial.  Pam is meticulous about her eyelash extension designs, and it shows in the finished product.  She takes pride in being able to provide a clean, relaxing, and comfortable experience for her clients. Pam is in the pink dress.

Victoria graduated from Gulf Coast High School in Naples, Florida, and has a Facial Specialist License from Lorenzo Walker.  She took and passed her first level of classes from Xtreme Lashes this summer, and is traveling in October to Chicago to take the second level of certification.  In September, Victoria will take a class on Russian Volume and bottom lashes.  We are pleased that Victoria chose to work with her grandmother, Penny, and her Aunt Pam at Naples Lash Bar.  We work hard, and are having a great time growing our business.  Victoria's clients often remark that her touch is very gentle, and she makes her clients at ease. Anyone who knows Victoria would tell you she is very creative, and it shows in her work.